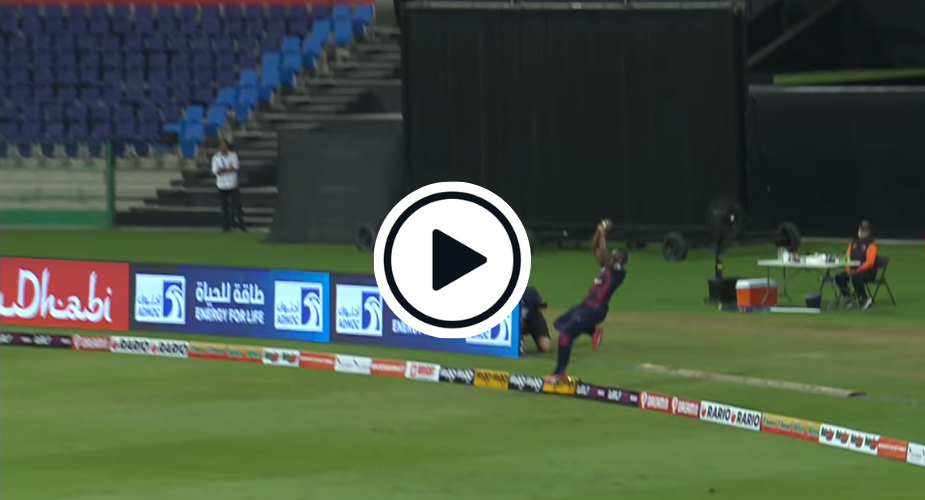 Team Abu Dhabi needed five to win off the final ball, and had Danny Briggs facing Anwar Ali in the final ball. Danny Briggs, who had scored a 12-ball 13 till then, decided to go towards the leg-side. However, the ball took a top edge, and ballooned in the air. It went towards the fine leg boundary. Stationed on the ropes, Andre Russell leapt and threw the ball back in with both hands. For a moment, it seemed that he had done it for Deccan Gladiators.

Danny Morrison, in the commentary box, exclaimed: “It’s gonna go to the moon. The game is done and dusted…Oh no! Dre Russ is not going to have a piece of it!”

The on-field umpire wasn’t convinced though, and the action was reviewed by the third umpire.

It turned out that Andre Russell’s leg had actually touched the boundary rope in the process of collecting and getting rid of the ball. It seemed like a touch-and-go affair, and subsequent replays confirmed that his leg was in contact with the rope when he had the ball in his hand. A six was called by the umpire Nigel Llong, and Team Abu Dhabi won the game in a dramatic fashion.