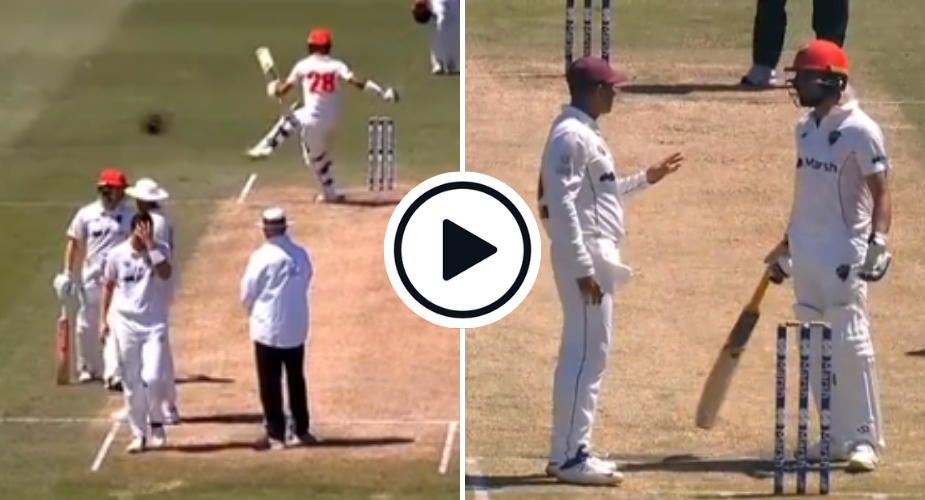 Watch: Jake Weatherald was on the centre of a weird incident throughout a Sheffield Protect conflict between South Australia and Queensland, kicking away a helmet positioned on the crease by opposition fielder Matt Renshaw, resulting in an alternate of phrases with opposition skipper Usman Khawaja and a chat with the umpires.

Weatherald was having a mid-pitch chat along with his South Australia opening associate Henry Hunt on the finish of the eighth over when Renshaw deposited a fielding helmet on the crease immediately in entrance of the stumps.

It’s unclear why the helmet was positioned the place it was, however when Weatherald trotted to his mark, he gave the headgear a mighty whack along with his proper foot, sending it flying within the route of the square-leg umpire, who noticed the unusual collection of occasions unfolding.

The on-air commentator noticed that the Queensland slip cordon had been enjoying round with the helmet.

Quickly after, Khawaja was seen animatedly having a dialogue with Weatherald, with the on-field umpire too making his solution to the crease to have a chat with the batter.

Weatherald, then on 9, added 17 extra runs earlier than he was caught by Renshaw, the very fielder who had put the helmet on the pitch.

Weird issues on a cricket discipline:
Matt Renshaw (QLD) carried the helmet from one finish to different and saved it proper on the batting crease on batters guard.